The State Government has legislated new Rules governing the running of Clubs and Associations in WA, whereas a Club’s constitution has to conform to the requirements of the Act and its Model Rules.This process had to be completed by 30th June 2019. SPRLC acknowledges that we did not meet this date, and the consequences are that our existing Constitution is now invalid and that the Club is subject to the conditions and rulings of the Model Rules (as contained in the Act) until such time as a new Constitution/Rules is adopted by our members, and then submitted to the State Government Department and then approved by that Department. Notice is hereby given that the Club will hold its AGM on Sunday 3rd November at 3pm.At that meeting a new Constitution/Rules will be voted on to be adopted, and the proposed Constitution is attached for member’s review. In essence it combines the requirements, clauses and wording of the Model Rules with the Club’s previous special clauses and wording from the old/existing Constitution.Any comments or proposed changes must be emailed to Club at admin@sprl.com.au by no later than Sunday 20th October.You must be a financial member to propose changes and to vote at the AGM. Bruce Greenwood and Michael Coleman (both Life Members) have vetted the drafting of the new Constitution and recommend acceptance

Unfortunately our First Grade team were defeated in a thriller last weekend by North Beach who scored in the dying minutes to steal the match from a very committed and gutsy Lions team. The final score was 24-20 which was a tough loss to take given the way that we had played the majority of the match. The club is very proud of the efforts of our team who fought all year through our fair share of adversity.

In very much brighter news, the future of South Perth looks fantastic with all 5 of our junior Grand Final teams winning their matches on Sunday which is an absolutely amazing result for the club.

Congratulations to all Players,Coaches, Managers and volunteers on a very successful season, once again the club could not be prouder of your efforts.

Senior Grand Finals are on this Saturday at Dorrien Gardens with games starting at 11am (WLT) with First Grade kicking off at 5.30.

Our Senior Presentation Night will be held on Saturday 12th October with more details to follow.

With the 2019 season’s end fast approaching, the Club is looking forward and planning for 2020. We will be seeking new senior committee members for the 2020 season to strengthen our off field club management structure. Some long term committee members are now looking to step back from their current executive committee roles yet stay involved in a support capacity.

The club needs members to consider stepping up and assisting. The committee/executive roles are not too onerous but are vital to the ongoing success of the club. The club has strong off committee support from previous players and administrators, providing  plenty of assistance to the committee.

Success on the field has a direct link to a strong off field management structure – they go hand in hand.

Committee and Executive roles will be up for nomination at the club AGM which will be held on Sunday 3rd November 2019.

Please give this some serious consideration over the coming months and feel free to contact Bruce Greenwood (0419 915 612), Phil Hanna (0419 037 822) or any of the current committee members should you have any questions. 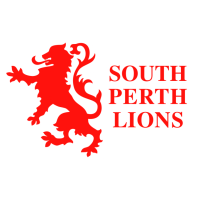